Today is my Barkday, I am two!  I thought all the Cinqo de Mayo parties last year were because I was one.  It was a nice surprise today to see that my birthday has been made an annual event :-) 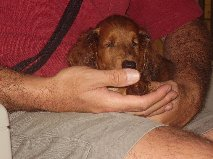 Here is my puppy picture, I was only 10 weeks old.
Posted by Maddoxies at 11:21 AM No comments: 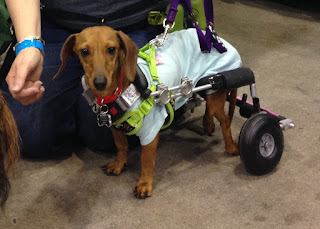 Miss Heidi Ho Ho left us a year ago.  She was my heart dog and took a significant piece of me with her. She was somewhere between 16 and 20 when her kidneys finally failed her.  It was a very short 10 years with a very special little girl.

This is Smiley.  Smiley was brought to my attention in January 2015, as Heidi was starting her final decline.  Smiley had been abandonned, paralyzed, on the coldest day of the year in Nashville TN.  Her back injury was a year old at that time.  Shortly after Heidi left us, the wonderful people at Happy Tales Humane asked if I would welcome Smiley into our home.  My experience with cart kids, a canine handicapped accessible home were made to order for this wee one.

She may look like a younger Heidi, but she is her own girl.  Happy Tales did find out some of her history.  Her paralysis is due to a catastrophic injury rather than IVDD, at the tender age of 1.  Smiley was only 2 when she came to us.  Like our blind boy Arthur, Smiley loves the life she has.  "Joyful" is the word used to describe Arthur.  "Spunky" is the word for Smiley.
Posted by Maddoxies at 11:21 AM No comments:

With a heavy heart, I must report that we lost one of our pack last week.  I am not sure what happened, likely heart or stroke, but I was out for 5 hours and came home to find that Cognac had earned his wings.  He would have been only 6 years old later this year.  We had 4 short years with him, but he will be in our hearts always. 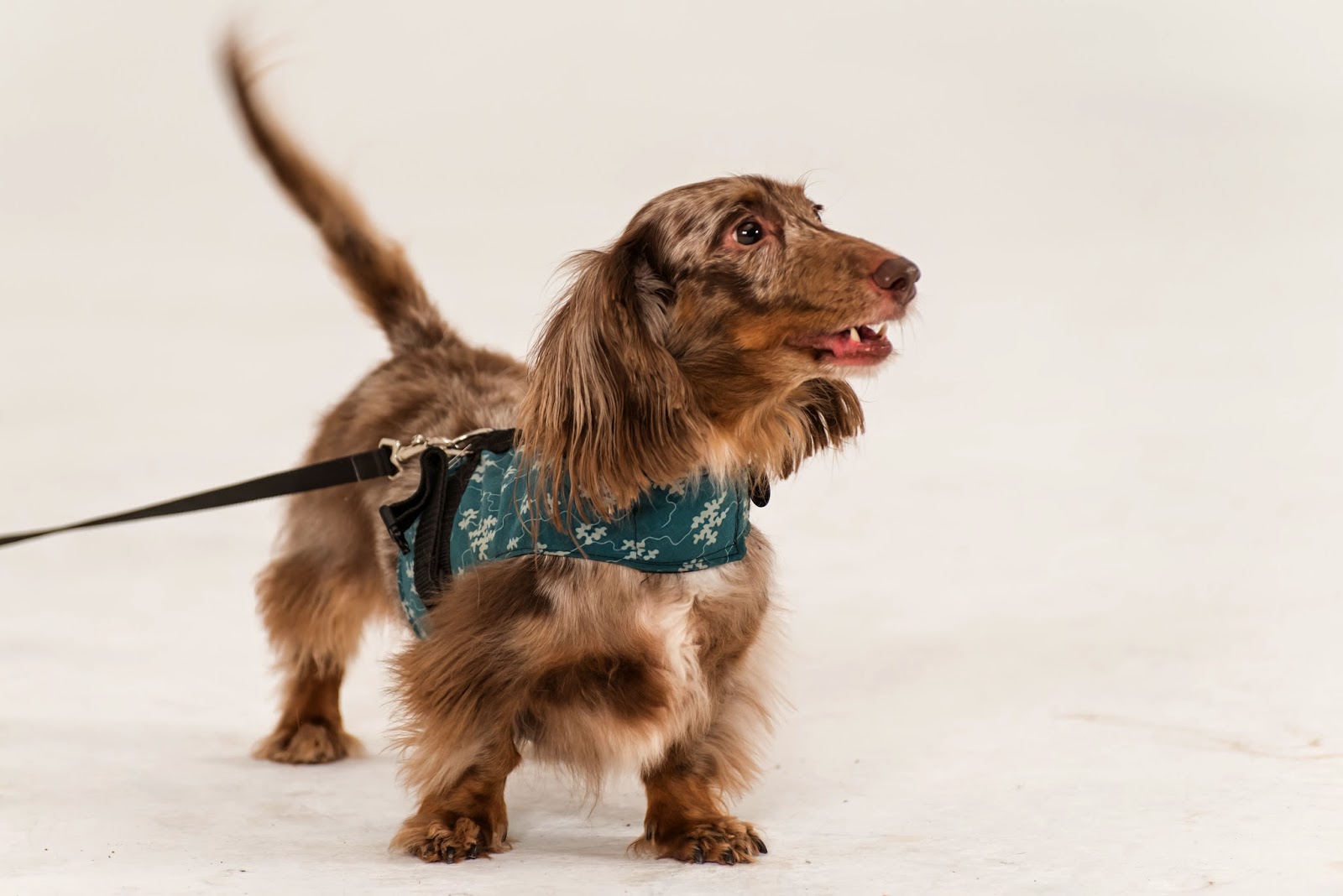 My long hair chocolate dapple boy (we think mixed with just a touch of terrier, likely yorkie judging by the texture of his fur)
Typical Cognac, one end barking and the other end wagging.


Posted by Maddoxies at 1:29 PM No comments:

How do you occupy a deaf and blind dog?

This is my former foster, Lilou.  She is 12 years old. She went blind from SARDS about 4 years ago and just recently lost her hearing.  Yes, she is deaf and blind; BUT she is not handicapped.


This is Lilou's favourite game (and, yes, she has been adopted)

Posted by Maddoxies at 6:18 PM No comments:

Arthur has been very busy.  He is currently taping a TV show, a documentary, a public service announcement and a university project documentary.  He also has finished taping another TV show and we are waiting for that show (which was taped in February of this year) to come to air.

This is Scarlett and Isaiah (on the Treehouse Network) used Arthur in an episode where Scarlett learns how to train puppies.  Arthur was 10 months old when this was taped.  He is the puppy learning to sit.  Once his episode has aired, it will be available on the internet for those who don`t get the Canadian Treehouse channel.  I have not been told when the episode will air, so I check the programming each Saturday night.

The TV show (Dog Park Tails) will be shown on The PetNetwork in Canada and then on internationally in 2014.  The Talent Hounds documentary and public service announcement (about pet adoption) will start out on The PetNetwork as well.  Interviews were done with Heidi and Arthur for the documentary.  We did 3 PSAs (public service announcements), the third being with Cognac and Pogo together.

York University film/TV students have done an interview with me regarding puppy mills and taped Arthur, Heidi (in her cart), Pogo, Cognac and new foster Walter at a local dog park.  Their project will be completed in April 2014.  We will let you know what mark we get from the professor and if we can have a copy of the final editing (at least of our portion).  In the meantime, I may be getting a few still pictures from the dog park portion of the documentary.

I think Arthur is going to need his actor`s union card soon (except the only pay so far has been dog treats).

Not bad for an unwanted, "handicapped" dog the breeder wanted to kill.

Posted by Maddoxies at 1:53 PM No comments:

Arthur is now 18 months old, he has been with me since 10 weeks of age and he still can surprise me with his skills.

We were at a friend`s house for the weekend.  Arthur knows the house, but had not been there in about 2-3 months.  They had a wind storm which took out the railing from their deck. 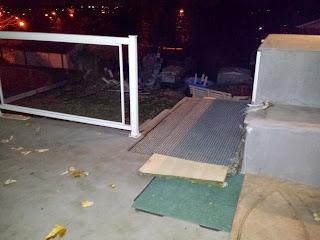 It is a significant drop to the yard below 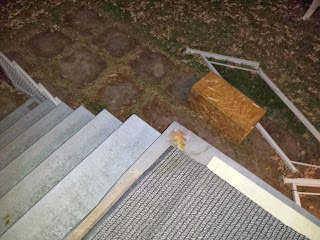 I panicked when I realized that Arthur had gone out onto the deck with the rest of the pack; but I should have known better.  Arthur knew exactly where he was in "Uncle Robert`s" house.

He came out the patio doors, straight over to the inside railing, turned left and marched right down the ramp.  He never knew there was a new abyss was only a few feet away. 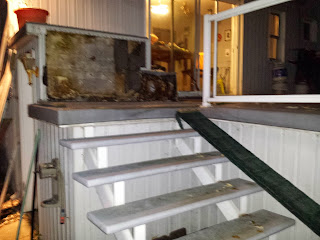 Arthur went up and down this ramp all weekend, with the other 11 dachshunds, flawlessly.  He had no idea anything was different that his other visits. 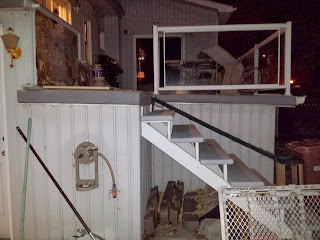 As we all have said, Arthur is blind, but he is not handicapped.

Posted by Maddoxies at 12:28 PM No comments:

Jackie was hurt by a human and never supposed to walk again. Here she is playing with my blind from birth puppy, Arthur.